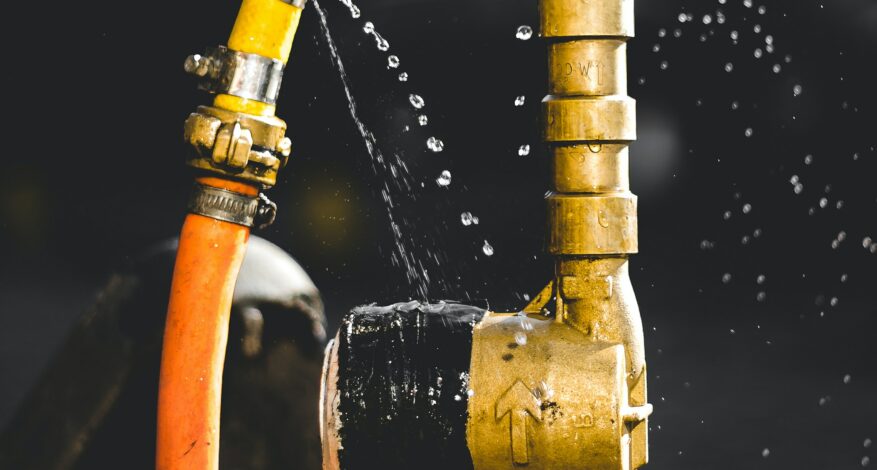 I like to do things on my own rather than pay someone to do them. My effort to be thrifty often leaves me scrambling to keep up. 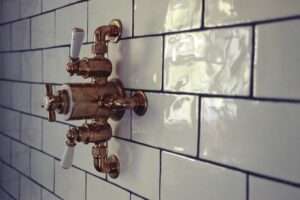 Once I had a plumbing problem in a rental home that I was going to tackle.  Before I started, I was frustrated because of what preceded my problem.  In getting the apartment ready to rent, I found I needed a new vanity and sink in the bathroom.  Hating to spend money and hating to take the time to put it in, I started the job anyways.

The bathroom had little room between the door and the old steel sink that hung on the wall.  I found something to fit in the space available but when the old sink came out, so did part of the old plaster wall.  I repaired the wall,  and brought the new vanity in. In doing so, I found I had to cut some of the baseboard out. I also had to cut out a different section of the wall to for the vanity sit against the wall.  After quite some time, I got the vanity in and hooked up.  It looked great and I was actually glad for the improved look.  With that, I proudly thought, “Okay now I can rent this place out”.  Then I saw it . . . a crack in the shower enclosure.

I had to rip the entire enclosure out. When I began, I quickly saw what the problem was.  Part of the old plaster wall had broken off of the lath, causing the slit.  I removed additional plaster and then replastered the wall before I could get a new enclosure installed.  Again, after it was in, I was happy with the results.  It looked so much better than the old enclosure.

I then had to clean the tub, so I tuned the tub water on, only to find that the tub was not draining well.  I plunged and plunged and plunged, but to no avail.  The water ran out, but very slowly.  I opened the door of a very small access hole, behind the bathtub. There I saw that one of the drainpipes had rusted out. The water in the slow draining tub was not going down the drain, but rather, it was running under the tub onto the ceiling of the apartment below. 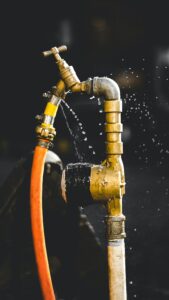 With only a 12” x 18” access space, I tried to repair the plumbing issue.  After multiple trips to the store for parts and days of trying, I found myself no closer to a completed repair than when I started.

Rather discouraged . . . No, rather mad . . . No, quite mad . . . I gave up and contacted a plumber friend of mine.  He came out and had the problem fixed in one evening.  It wasn’t easy and he had to go through the first floor apartment ceiling . . . but it was done.  I could then rent the apartment.

I thought I was using my time for a good reason.  I need to realize that many times Satan loves to waste my time for “Good reasons”.  He would rather I do that rather than have me spend my time on “The best reason”, things that have eternal significance.

A change of thinking from, “I can do this” to, “What is this taking me away from?”, needs to take place in my life.  Time is not always best used by doing things myself . . . The reason I am part of God’s Kingdom is to engage with people, for eternal purposes.  I get so involved in “projects”, that I have little energy or time left for “The Main Project”.

God’s Word is full of practical examples of how I need to order my life.  Even Moses needed to be reminded by his father-in-law that other people could tend to “Good things” so that he could tend to “The Best things”.

Exodus 18: 13  The next day Moses sat to judge the people, and the people stood around Moses from morning till evening. 14 When Moses’ father-in-law saw all that he was doing for the people, he said, “What is this that you are doing for the people? Why do you sit alone, and all the people stand around you from morning till evening?” 15 And Moses said to his father-in-law, “Because the people come to me to inquire of God; 16 when they have a dispute, they come to me and I decide between one person and another, and I make them know the statutes of God and his laws.” 17 Moses’ father-in-law said to him, “What you are doing is not good.18 You and the people with you will certainly wear yourselves out, for the thing is too heavy for you. You are not able to do it alone.

19 Now obey my voice; I will give you advice, and God be with you! You shall represent the people before God and bring their cases to God, 20 and you shall warn them about the statutes and the laws, and make them know the way in which they must walk and what they must do. 21 Moreover, look for able men from all the people, men who fear God, who are trustworthy and hate a bribe, and place such men over the people as chiefs of thousands, of hundreds, of fifties, and of tens. 22 And let them judge the people at all times. Every great matter they shall bring to you, but any small matter they shall decide themselves. So it will be easier for you, and they will bear the burden with you. 23 If you do this, God will direct you, you will be able to endure, and all this people also will go to their place in peace.”

24 So Moses listened to the voice of his father-in-law and did all that he had said.

More than just a believer in God, I need to be a follower of Jesus!