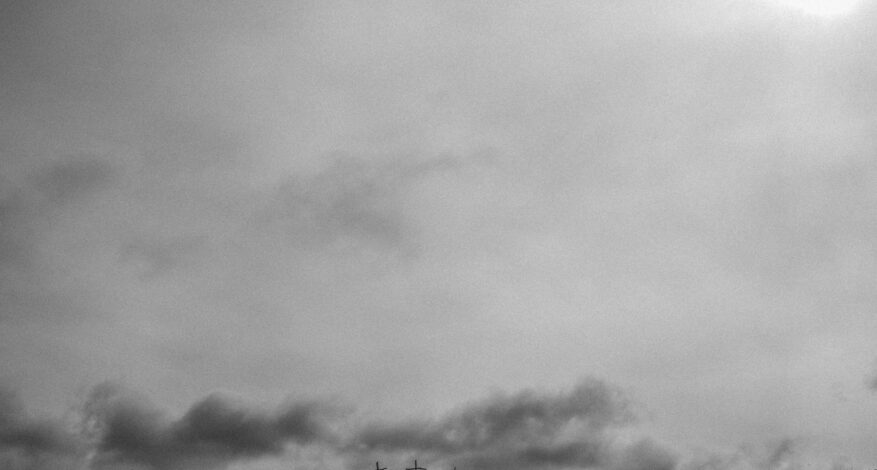 Wow, have things ever changed over the years.  Today is Good Friday, the day we remember the crucifixion of Jesus.  For many, today is just like any other day.  It wasn’t like that when I was a kid.  Most businesses closed down between the hours of 12 and 3 PM.  I can remember, as a young boy, being at my grandparents’ home on one Good Friday.   It’s funny how clear the scene is . . . How is it that 55 years later, I remember that, on that Good Friday, I found myself eating a piece of toast with Honey Butter spread on it?  I can still see the short, waxed covered, cardboard cylinder with a drawing of an animated bee on the top of that, half empty, creamy treat.  I can still picture the pearl-like shimmer of the Honey Butter as I put my butter knife into the container sitting on my grandmother’s counter.  As I pulled the loaded knife out, the blob of butter seemed to stretch as it was trailed by a stringy tail of that sweet mix.

I guess the reason I remember those details so well is, because for 3 hours, we had to come in from playing outside . . . it was Good Friday . . . That’s just what we did.  Good Friday meant something for most.  But for me . . . waiting 3 hours to get back outside, made spreading Honey Butter a highlight for me.  I knew the significance of the day but, as a little kid, it was simply an interruption in my playtime.

It’s sad to say, that for most people, Good Friday . . . if it’s remembered at all . . . is little more than an interruption in their day.  The significance of what Jesus did on that day, is ignored because of personal agendas.  How could that be?  Jesus died to restore our broken relationship with God, the Creator.  He was nailed to the cross . . . He bled and died, to take my punishment for my sin.  I guess the answer is, ignorance of the most spectacular and loving act of all time has become just background noise for many . . . But then, that was the case for many on the actual day that Jesus died.

As I read this passage today, I was taken back by the fact that the significance, of what Jesus did on that day, was ignored because of personal agendas.  As Jesus was dying on the cross, “they . . . divided his garments among them, casting lots for them, to decide what each should take.”  Really?  Even if it was someone else on the cross, the callousness of what was taking place, put the hearts of those people on display.  Their selfish actions became the backdrop for the selfless shout made by Jesus as His death cried out, “I care for you . . . I care for you even as you gamble for my clothes at the foot of my cross . . . I LOVE YOU!!!  And yet . . . for the moment . . . that shout didn’t cause their eyes to look away from their self-absorption . . . Or worse yet, for many their blindness cased them to “deride” Jesus as He hung on the cross for them.

But then, eyes were opened . . . as the skies darkened . . . “Jesus uttered a loud cry and breathed his last, . . . 39 And when the centurion, who stood facing him, saw that in this way He breathed his last, he said, “Truly this man was the Son of God!”  I can’t imagine the weight of that new realization.

As the world engages in its business at the foot of the cross on this Good Friday, ignoring the fact that God gave the life of His Son to restore the broken relationship we had with Him.  Jesus is still shouting, I LOVE YOU!  My prayer today is, that the darkness of our world will wake people up to join the centurion in saying, “Truly this man was the Son of God!”  I am so thankful that God has allowed me to grow, from a Honey Butter loving little boy, to understand that the event remembered today is about something that is so much sweeter than that Honey Butter.

Lord, help me to share Your sweet message of “I LOVE YOU” with a world that is blinded by stuff that keeps eye’s from seeing Your love that was displayed on the cross.

Mark 15: 21 And they compelled a passerby, Simon of Cyrene, who was coming in from the country, the father of Alexander and Rufus, to carry his cross.22 And they brought him to the place called Golgotha (which means Place of a Skull). 23 And they offered him wine mixed with myrrh, but he did not take it. 24 And they crucified him and divided his garments among them, casting lots for them, to decide what each should take.25 And it was the third hour when they crucified him. 26 And the inscription of the charge against him read, “The King of the Jews.”27 And with him they crucified two robbers, one on his right and one on his left. 29 And those who passed by derided him, wagging their heads and saying, “Aha! You who would destroy the temple and rebuild it in three days, 30 save yourself, and come down from the cross!” 31 So also the chief priests with the scribes mocked him to one another, saying, “He saved others; he cannot save himself. 32 Let the Christ, the King of Israel, come down now from the cross that we may see and believe.” Those who were crucified with him also reviled him.

33 And when the sixth hour had come, there was darkness over the whole land until the ninth hour. 34 And at the ninth hour Jesus cried with a loud voice, “Eloi, Eloi, lema, sabachthani?” which means, “My God, my God, why have you forsaken me?” 35 And some of the bystanders hearing it said, “Behold, he is calling Elijah.” 36 And someone ran and filled a sponge with sour wine, put it on a reed and gave it to him to drink, saying, “Wait, let us see whether Elijah will come to take him down.”37 And Jesus uttered a loud cry and breathed his last. 38 And the curtain of the temple was torn in two, from top to bottom. 39 And when the centurion, who stood facing him, saw that in this way he[h] breathed his last, he said, “Truly this man was the Son of God! (biblegateway.com, ESV)

More than just BELIEVING in God, I need to be a FOLLOWER of Jesus.